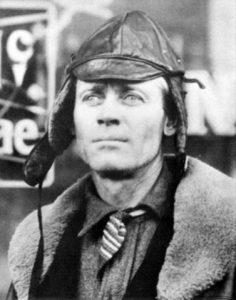 Fred Barr built the trail bearing his name during the years of 1914-1921. Built as a trail for burro rides to the summit, it began at the top of the Manitou Incline, a funicular rail that took tourists up one mile and nearly 2000 ft above the Cog Railway Depot. The lower three miles of what would become Barr Trail, from Manitou Springs, were built in the 1917 by a crew hired by the Forest Service and supervised by Fred Barr.

In addition to Barr Trail, Mr. Barr built many other trails on Pikes Peak and the Pikes Peak Region. He built Barr Camp from 1922-1924 as a halfway overnight stop for the burro trips to the summit of Pikes Peak. In addition to the two cabins you will see when you visit Barr Camp, there was a third cabin that burned in the early 1970s and a burro barn that was torn down in the 1960s at the request of the Forest Service. 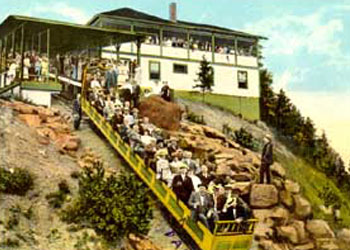 Fred Barr never owned the land but had sole authorization for his burro concession from the Forest Service. After his death in 1940, the burro concession continued until roughly 1963. The camp was abandoned and suffered vandalism during the time it was vacant. In 1963, the Mennonite Church took over the lease for the camp and worked to rebuild the cabin and grounds. While there were caretakers in the camp during the summer months, the vandalism continued during the other seasons. After 13 summers of rebuilding, the Mennonite Community felt it was no longer possible to maintain the camp only during summers. The destruction continued through the late 1970’s when the Forest Service was preparing to raze the buildings.

At this time, Monte Barrett and Harold Barnes of Adventures Ltd. bought the lease from the forest service and began operating and repairing the hostel year-round. In 1981, Barr Camp, Inc. was formed. Through hard work and the donations of people over-nighting and eating at the camp, volunteers were able to revive the camp as way-station on Pikes Peak. In the 1998, Barr Camp became a non-profit organization.

Through the generosity of hikers and several organizations, Barr Camp underwent a major upgrade in 2000 with the addition of a Solar Power System and composting toilets. While these are modern updates, we think you will find Barr Camp to be a place far-removed from the fast-paced life you leave behind when you hike up the trail.

Today Barr Camp hosts day-hikers year round. Overnight guests still stay in cabins, shelters and tents, with the summer months busy with visitors from all around the world. An average of 18,000 trail users visit the camp annually and each year about 2,400 guests spend the night. 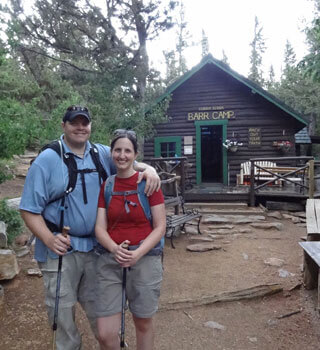 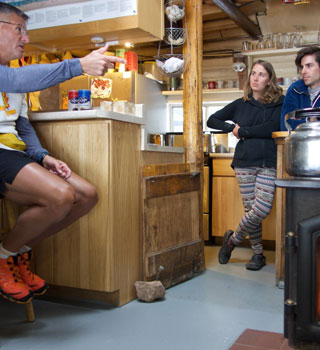 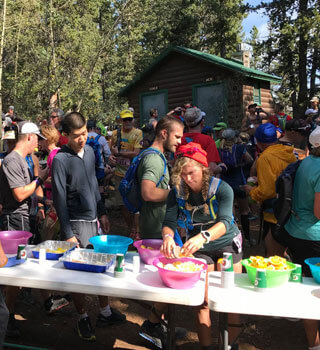 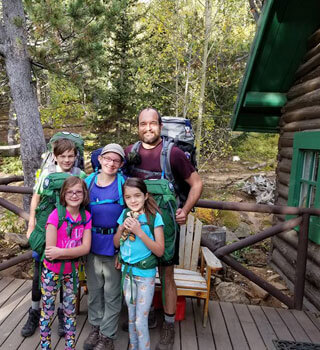 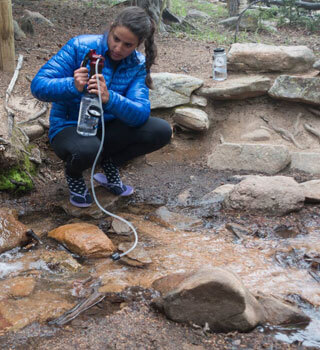 Barr Trail and Barr Camp are open year-round to welcome you.